Christopher Nolan’s Dark Knight series turned Chicago into Gotham City. It took me driving through the city under a tunnel at night to recall that. I looked out the windshield and was hit with an overwhelming sense of, “I’ve seen this.” The locals who were showing me around were quick to remind me that the The Dark Knight was filmed here.

Drive around downtown Chicago at night and you’ll quickly get the same, cool immersive experience I did. Or you could plan out a drive hitting all the locations such as the Wayne Enterprises HQ, Gotham City Hospital, the bank from the opening of The Dark Knight, or the road where the truck flips in The Dark Knight, and on and on.

If you have any remote infatuation with museums and learning about the past, then the Field Museum was made for you. Spawned from the 1893 World’s Columbian Exposition, the museum is massive and has been perpetually tasked with the accumulation and sharing of artifacts and glimpses of the past.

One of the major highlights is Sue the T-Rex. Anyone who has been mesmerized by the Jurassic Park films should not hesitate one moment to go see the most complete Tyrannosaurus Rex fossils ever discovered. If giant lizard-birds aren’t your thing, then you should check out the ancient Egypt exhibit that will take you back in time as you check out a collection of mummies.

Chicago is known for its deep-dish pizza and when you’re in town you should definitely indulge. But did you know Chicago is also known for its hot dogs? So be sure not to miss out on that!

Some great places to get hot dogs are:

Of course, if you just wanted to dive into some pizza, try these places:

We’re all gamers, right? Then we all know that VR is potentially the next big thing. Even if it doesn’t take hold as the future of gaming, there’s no denying it’s a unique experience that delivers a whole different level of immersion. Fortunately enough, Chicago has its very own VR facility to jump into another world with your friends.

It’s not quite The Void, but Mass VR will definitely tickle your VR funny bone. Find some fellow NPC attendees and book a virtual reality deathmatch and see who’s the best candidate for the Spartan-II program.

Anime is taking over Nerdcore in a big way and was one of the biggest developing trends for Nerdcore in 2019 through to today. I even have gotten into it a bit to see what all the hub-bub is about. I found I really enjoyed JoJo’s Bizarre Adventures…if anyone cared or was wondering. Such a ridiculous show. So, where was I?

Right, Nakama Toys. Generally, the store is small, but it makes up for that with premium and imported items aplenty. The staff is friendly, personable and will help you out. If you’re coming from a place that doesn’t have shops that dive into anime or nerdom, then perhaps it’d be a worthy visit!

Those are just a few spots we wrangled for you as a starting point or even a place to gauge what you’re into or not into. Regardless, Chicago is a huge and great city with plenty to do! It won’t take much effort to find the distraction outside of NPC that is for you! 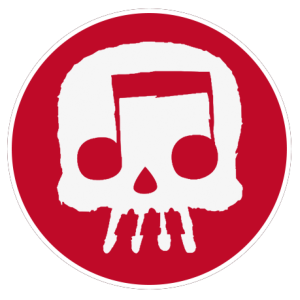